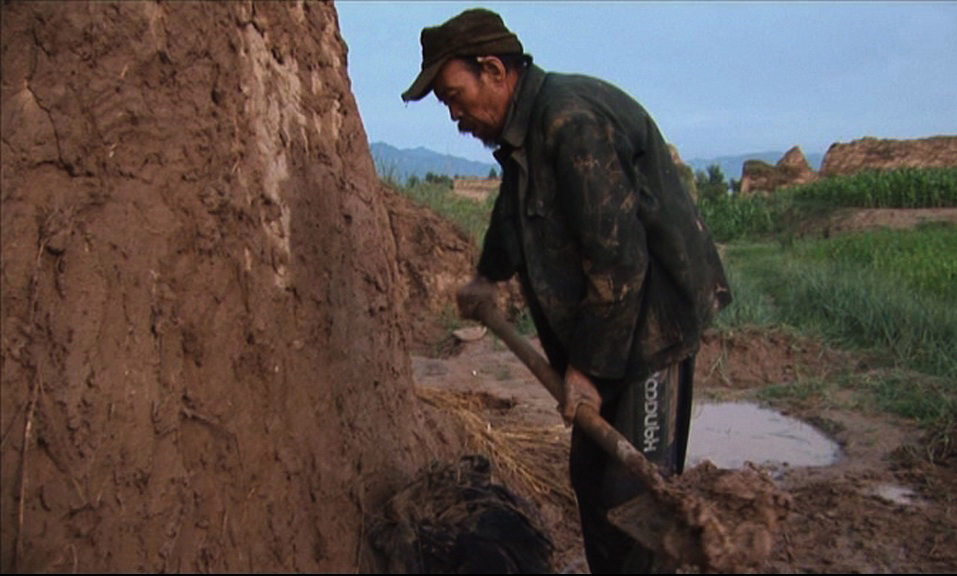 Details are what make humans human. The slight intonation that gives emphasis to one word over another. The tightened jaw that accompanies impatience. The compliment disguised as a question. The hand gestures. The hesitations.

Film has the time to see the details. A film can linger, wait, and be patient. And when it does, “a sigh can become a novel” (Jean-Marie Straub).

Wang Bing makes films. Most are documentary films, but their lack of linear narrative and their extreme duration bring them closer to being history paintings. Unlike many history painters, however, he is not interested in spectacular events but prefers the minor and the mundane — the details — because he knows that the minutiae of daily routines can be the building blocks of life itself. 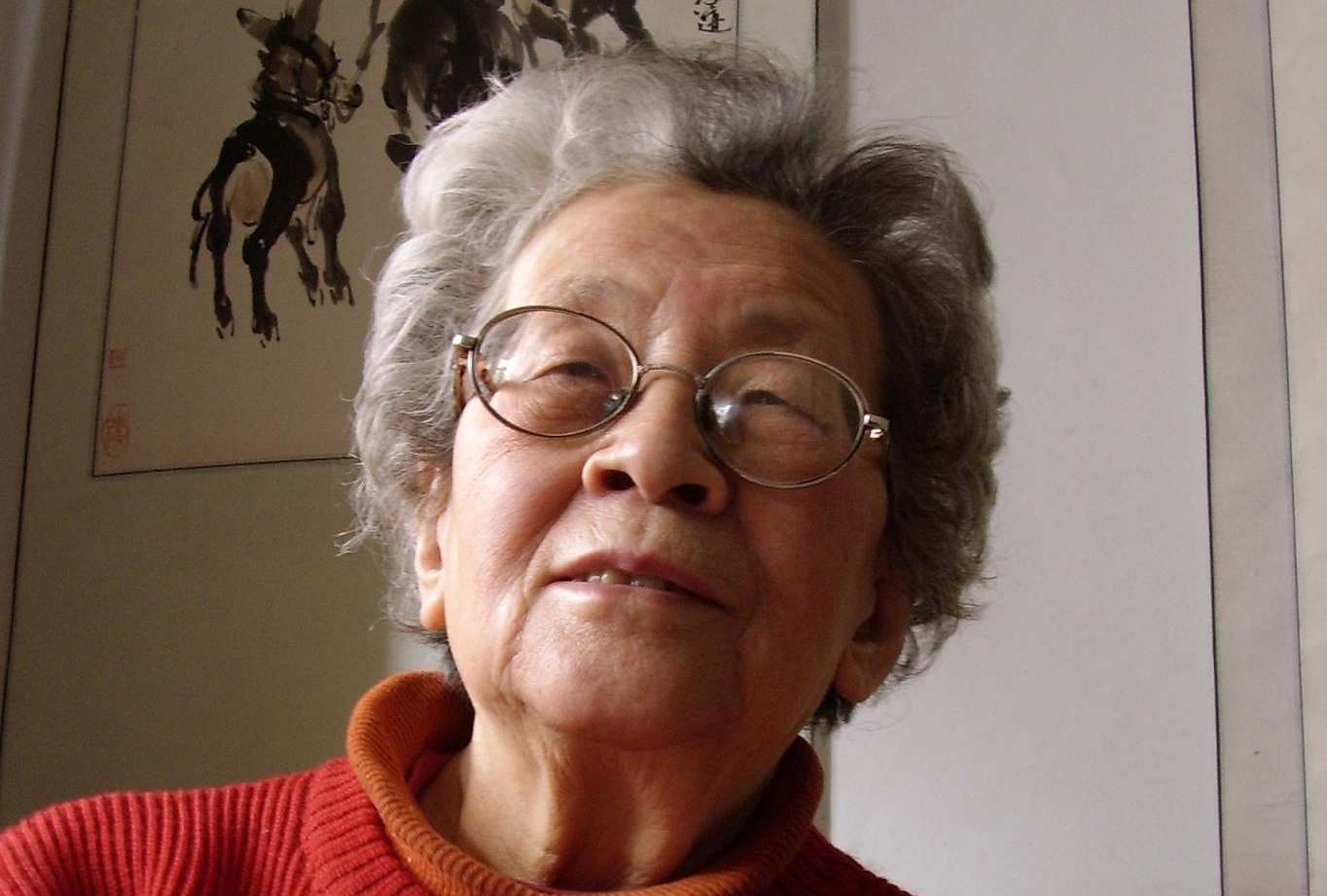 In 2004, Wang Bing began work on The Ditch, a feature-length fiction film set in a Chinese re-education camp. His research for the film led him to a woman named He Fengming. He met her, he filmed her, and he realized that her story needed its own separate film.

Shot over a period of seven days, Fengming, a Chinese Memoir consists of a woman sitting in her living room, telling us everything she can remember about her life. It begins with her slowly walking down the street toward her apartment, up her building’s staircase, and into her home. She’s probably in her early seventies. She eventually settles down in a beige armchair, with the camera directly across from her. There is something confessional about the frame — it’s almost like a deposition, except that it’s clearly not a lawyer’s office but a domestic space with a messy coffee table.

What happens next is a nearly four-hour monologue about a thirty-year personal odyssey. Fengming had actually written a memoir a few years earlier, titled 1957: How I Lived It, which explains the ease and fluidity with which she speaks. She begins in 1949, when, at age 17, she enthusiastically joined the Communist Revolution. Eight years later, she and her husband, Jinchao, both journalists, were deemed to be “rightist” conspirators (insubordinate intellectuals), even though she had given up her language studies to volunteer in the Communist brigades. Publicly shamed, they both went to re-education camps, with promises that the experience would rid them of their “rightist” labels. She worked in the fields and leveled land. Jinchao was sent to the brutal Jiabiangou camp in the Gobi Desert, forced to suffer even more extreme conditions because of “subversive writings” he had published. He died of hunger there, a few days before Fengming could reach him.

She continues, talking about her children, the readjustment of her life following the loss of her husband, and her militant efforts to honor his memory and write her memoir. While her survival story is a personal one, it’s also the story of China on the geopolitical scale and the realities that accompany it.

Hour after hour go by, and Fengming doesn’t even break for a drink of water. With the day turning to night, the room gradually gets darker, until she is almost completely invisible. When there’s a slight pause in her speech, Wang Bing makes the only interruption he permits himself to make: “Would you mind if we turned on the light?”

She gets up, turns the light on, sits back down, and continues.

Unlike most filmmakers, Wang Bing mostly works alone or with a small crew, uses a portable digital camera, and relies on natural lighting and ambient sound. His small budgets allow him to shoot without official authorization and remain free from any form of control or oversight. The same is true for Fengming herself: without a script, she finds herself allowed to speak freely, without censorship.

Instead of making films as a way to point fingers, avenge past injustices, or victimize his subjects, Wang Bing makes them as a way to listen. In Fengming, a Chinese Memoir , there are no archival photos, no staged flashbacks, and no edits. There is just a woman who talks, a camera that listens, and a living room that gets darker and darker with the setting sun. 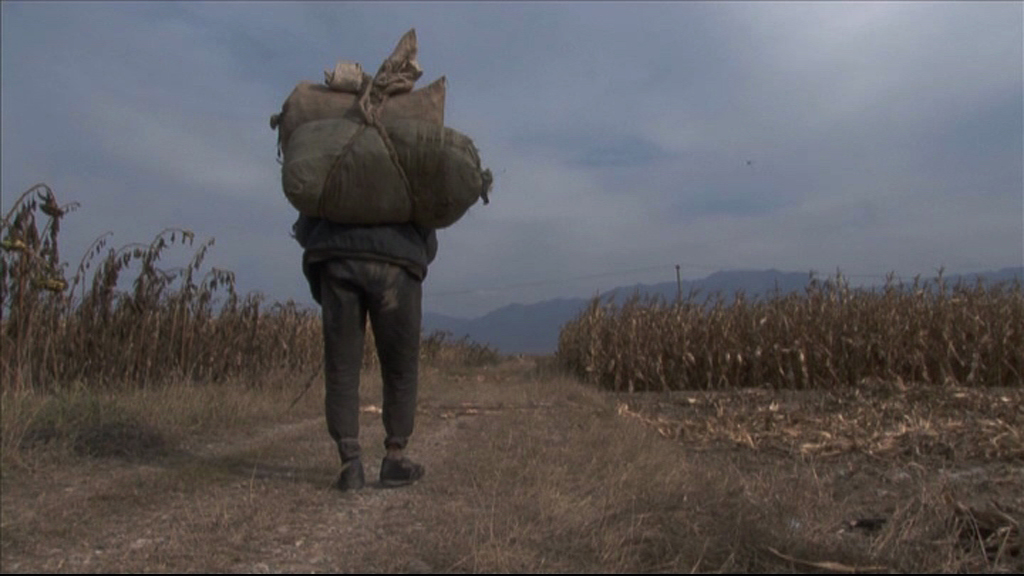 Wang Bing met the man with no name in 2006, while he was working on The Ditch. He made repeated visits to see him, in the outskirts of Beijing, spanning across all four seasons. Each time, he asked the man whether it was OK to film him but never got a response. Originally, his intention was to use the man as a character study for The Ditch, and he sought to capture the man’s movements, gestures, and body language, so that he could then show the footage to his actors on the set. In the end, however, it became its own film: Man With No Name.

Generally speaking, the telling of untold stories characterizes the work of all documentary filmmakers. Wang Bing, however, doesn’t ever say a word: Man With No Name simply begins, without context, without voice-over. His camera is not there to prove a point, capture a scene, or witness an event, but to do something far more challenging: to be present.

His restraint does not indicate a lack of political intent — quite the opposite. It contains a political and an ethical position with regards to how to think about and treat those who are nameless, silenced, and left behind: pay attention to them, be close to them, relinquish control over them, and follow their lead.

The man with no name lives a life without — without home, without name, without electricity, without running water, without company, without saying a word. As winter turns to summer and back to winter, he builds his shelter and makes his food. He collects branches, fetches water, and tends to his garden with dignity, calm, patience, and resolve. He sometimes goes to the neighboring town to collect waste, but he never begs. He seems implicitly to accept his own marginalization, and by all accounts, he is invisible. And yet, Wang Bing’s camera follows him everywhere he goes: it waits with him, it cooks with him, it walks with him, it smokes with him. Even if their lives are far apart and an inevitable distance remains lodged between them, there is a warm sense of complicity. Together, they both refuse the world outside. They refuse its laws, its systems of control, its politics, its economies, its beliefs, its people, and even its languages. 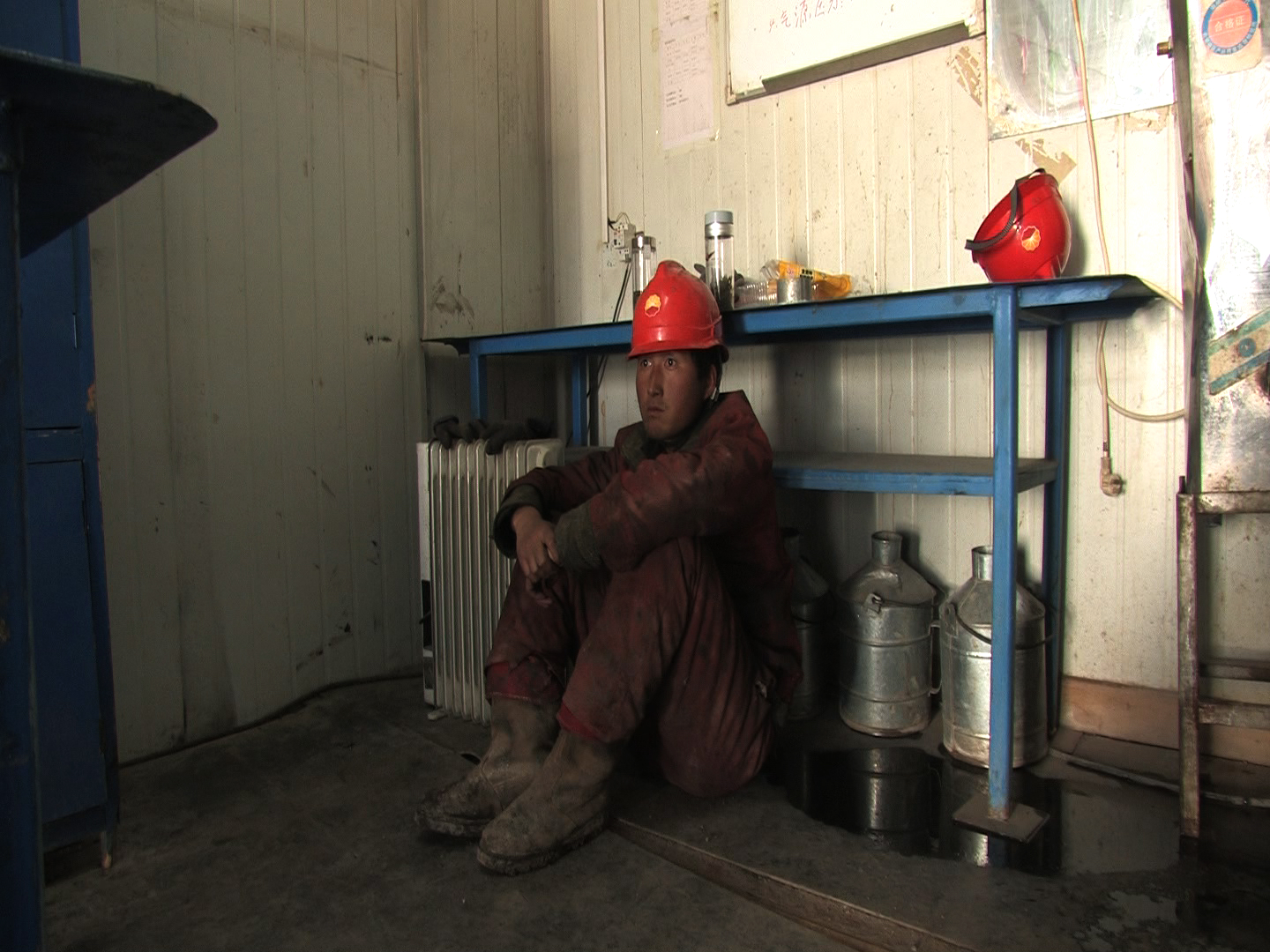 When Wang Bing set out to make Crude Oil, he had planned a 70-hour film, with 10 hours to be shot every day over a period of a week. Although he was forced to leave the location due to altitude sickness, the filmmaker was still able to produce an epic 14-hour film that documents the daily routines, difficulties, and leisure of a group of workers in a Gobi Desert oil field. He started filming immediately upon arrival. There are no tests for framing, sound, or light. There are no instructions or rehearsals. People never address the camera or filmmaker—Wang Bing doesn’t like to talk to the people he films.

The film begins with a group of people in a windowless room. The walls look like they’re metal, as if they were inside a shipping container. There is a loud and constant noise coming from somewhere outside. A group of men are sitting together, and others are alone. They talk about women and about money. They send text messages. They joke, they laugh, they insult, they brag, they threaten, they complain. Others try to sleep. They seem bored and exhausted by all the waiting—as if their break from work was as arduous as the work itself. Parts are very funny.

The environment is punishing and the working conditions are severe. What we see is how labor becomes impossible to distinguish from boredom, friendship from sarcasm, play from competition—but also how the forces of habit and humor provide the crucial support structure that makes self-determination still possible.

The days are long and the hours go by slowly. Handling the oil rig takes time. Waiting takes time. Playing cards and watching television takes time. The men work, they talk, and they sleep, and Wang Bing never interrupts them. If his film lasts 14 hours, it’s because he accepts and obeys the time of the other.

Each film is an argument against money, power, and control. Wang Bing was 22 years old when student demonstrators were brutally suppressed in Tiananmen Square in 1989, making him a member of a generation of artists who don’t shy away from political content or subtext. In the 27 years since then, China has seen a period of extraordinary economic growth, and each film Wang Bing has made memorializes the people who have been
overlooked by that growth. These films are about the details, how they accumulate, and how they come to determine entire lives and tell the story of entire cultures and entire ideologies.