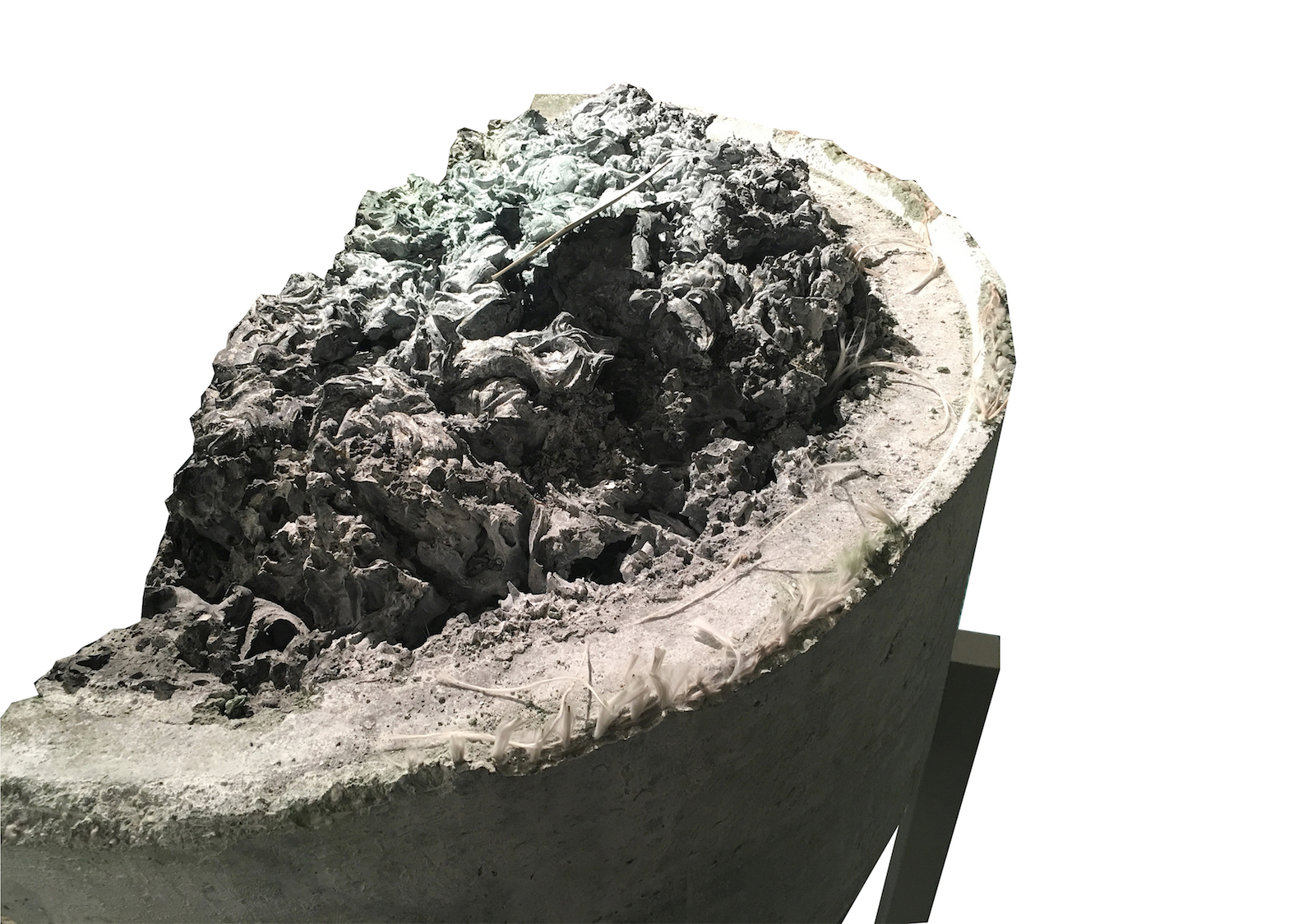 BROAD STROKES –– We live in a terrible time. This is not to say that there haven’t been many terrible times in our many lifespans. In fact, a continuous stream of terrible has brought us to this moment. As we know, the West is borne out of trauma—from the violent expropriation of land, to the blatant theft of bodies and resources and relentless exploitation of labour, to the countless wars that have been initiated in service of settler colonialism. The air we breathe and the soil we stand on is not exempt from this barbarism, suffering long deaths in the aftermath of military conflict and climate change. Who can keep up with this litany of terrible? There is too much rot in all of these bones.

THE WEATHER –– Lest we forget, the environment elucidates imperialism not only through space, bodies, labour, and resources, but also time (do not be misled by its perceived invisibility or its slowness). Although the materiality of time is felt all over this earth—via oil spills, toxic drift, massive deforestation, melting polar ice caps, and the sinking sea floor—ecological degradation is frequently placed outside of conventional definitions of violence. We are talking about the disasters that are heavy with languor but insidious at their core. The terrible times that unfold over decades, if not centuries.

TO KEEP IN MIND –– In physics, radiation is considered to be the emission of subatomic particles or electromagnetic waves, undetectable to the naked eye.

THE WEATHER (CONT'D) –– We must imagine the other side of the catastrophe. The side in which we can finally see that we did not fall into this time, we fell through it. A descent that is not immediate, explosive, or visible, but rather unremarkable and gradual. It is what Rob Nixon refers to as slow violence—an incremental, attritional violence with devastating repercussions that develop out of sight and across a multiplicity of temporal scales and spaces.1 Achieved through accumulation, slow violence resides in the lengthy, fatigued space after a calamity. The long-term emergency that is ignored in favour of the more visceral spectacles of burning towers, tsunamis, volcanic eruptions, and fallen bodies.

A LOSING BATTLE (DON'T WORRY IT'S GONNA BE TERRIBLE FOREVER) –– Similar to their human, animal, and plant counterparts, radioactive isotopes each have their own pattern and rate of decay. The time it takes for half of the atoms of radioactive material to disintegrate is referred to as its half-life (t1⁄2). Rates of decay range from microseconds to billions of years. Billions! It extends to a time not carried in a single person, outside of human memory, one that exceeds our comprehension. These are toxins that poison a future we cannot conceive, in bodies that do not yet exist. 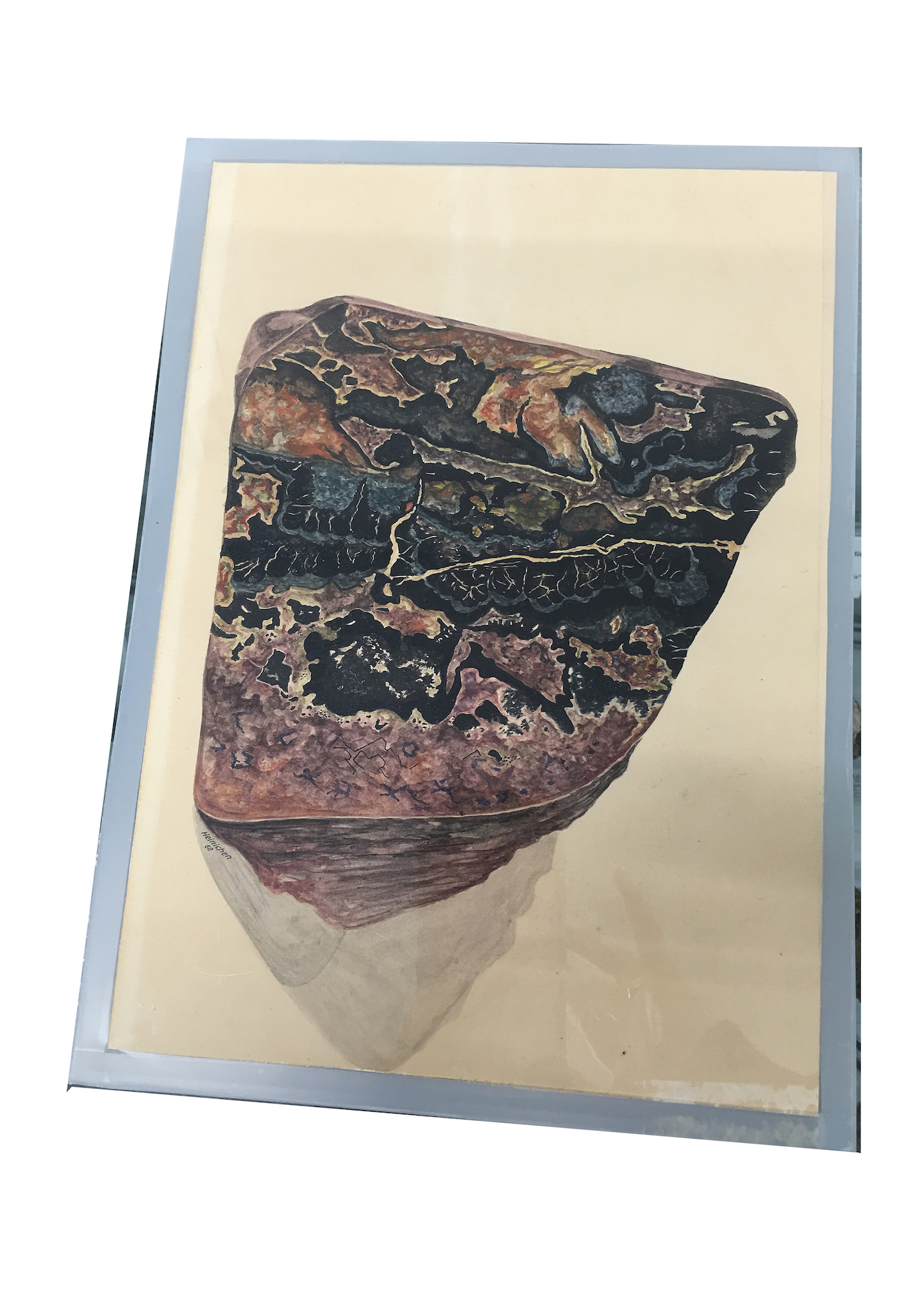 Pitchblende, a type of uraninite, has a radiation level that is four times that of uranium.

WHICH BRINGS US HERE –– How do we articulate unspectacular time?

Photography, historically, has been understood as a medium that captures and exhibits truth (and we cannot dismiss that its failures in this regard have diminished its activist power). But for Susanne Kriemann, photography is a medium that expands into time and the eye, an inner camera obscura. It is an entity that has always existed to see itself through its chemical and optical properties. For her, the world is an analogue “recording system” for human-caused processes, in which change and obsolescence are slowly registered onto our physical environment. The work demands a form of process that feels unfamiliar today—one in which we are asked to return to a prolonged mode of seeing, to investigate the details between the processes, the invisible markers of slow change. 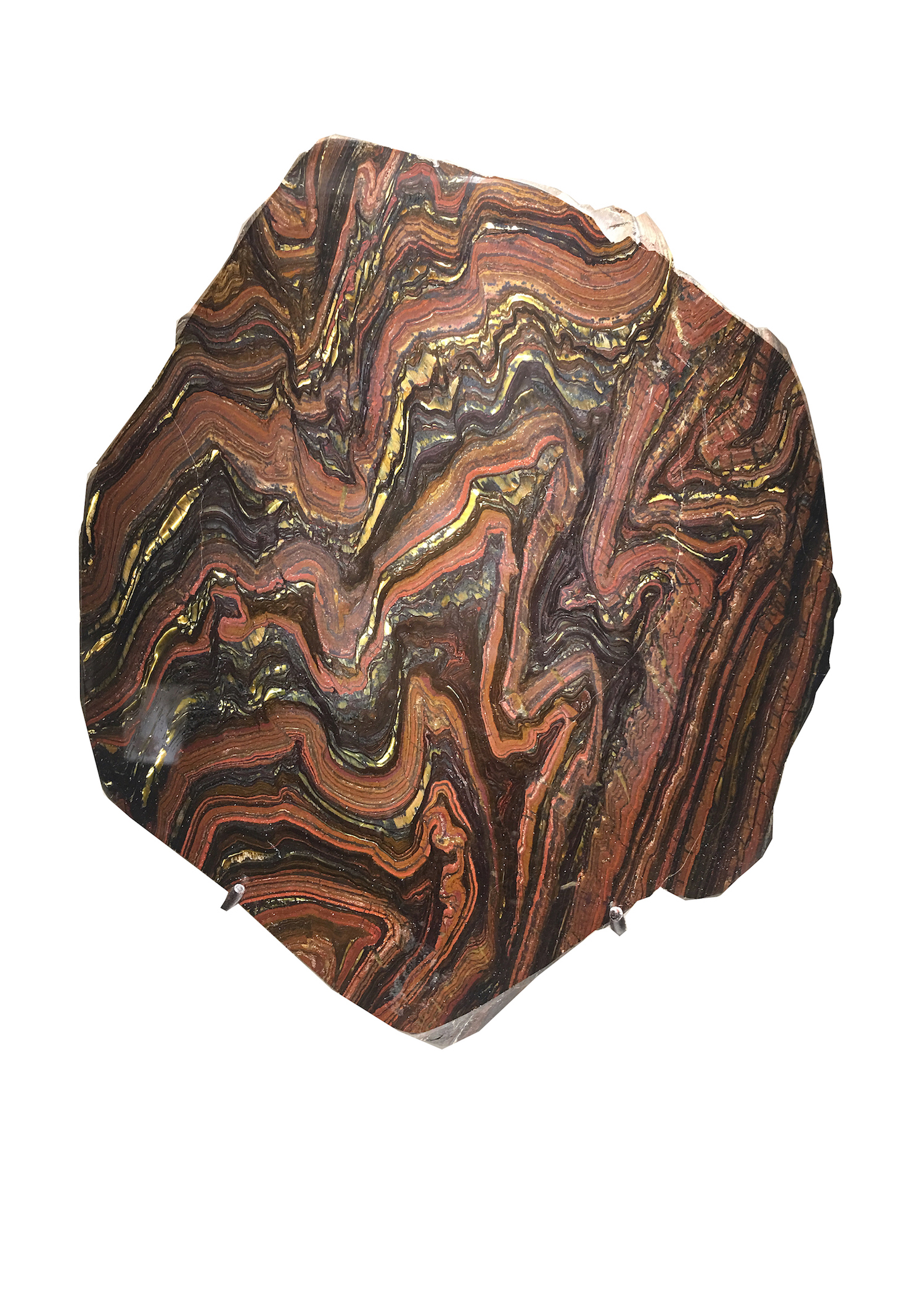 THE LONG EXPOSURE –– The most radioactive place in the United States is Hanford, Washington, which housed a decommissioned nuclear production complex that manufactured plutonium for atom bombs during World War II. The materials produced at this facility were subsequently used to create the first nuclear bomb, as well as Fat Man, the bomb dropped over Nagasaki, Japan, in 1945. Approximately two-thirds of this nation’s highly radioactive waste (solid and liquid) resides on this site.

ANOTHER –– Between 1946 and 1990, the German Democratic Republic converted the Erzgebirge Mountains in the eastern part of Germany into one of the world’s largest uranium mining sites, ultimately becoming the most significant supplier of uranium to the Soviet nuclear armament program. Highly radioactive and uranium-rich, pitchblende was relentlessly mined for decades, resulting in a landscape so rich in toxic metals that it will be polluted for over 100,000 years. Despite the toxicity of the mines and the documented health threats to the miners who worked there, plans are currently underway to transform the Erz Mountains into a tranquil mountain vista, with few recognizable traces of the still-radiating industrial worksites.

TRACES –– The imperceptibility of radioactivity is emphasized in the series of héliogravures, which depict three plants from the former mining territories of Gessenwiese and Kanigsberg in the Erz Mountains. Among the flora growing in this region, Falsche Kamille, Wilde Möhre, and Bitterkraut (False Chamomile, Wild Carrot, Ox Tongue) were found to be amongst the most capable of extracting and storing their environmental pollutants.2Toxicity is woven into the production of the work itself: The pigments from these unique héliogravures derive from organic material harvested from the three weeds. Extremely fragile, the pigments eventually lose their colour once exposed to light, leaving only micro-traces of the noxious metals that have become part of the plants’ cellular compositions.

ALL IS NOT LOST –– Nestled within a collection of archival boxes are soft bundles of wool from sheep that graze radiated land, casts of fish from contaminated water, and other detritus (née evidence) from legacies of chemical and radiological violence. The tiles generate a visual index of the untold narratives of radioactivity worldwide, reminding us that in the cycle of slow violence, an immeasurable number of long and forgotten deaths precede growth and renewal. 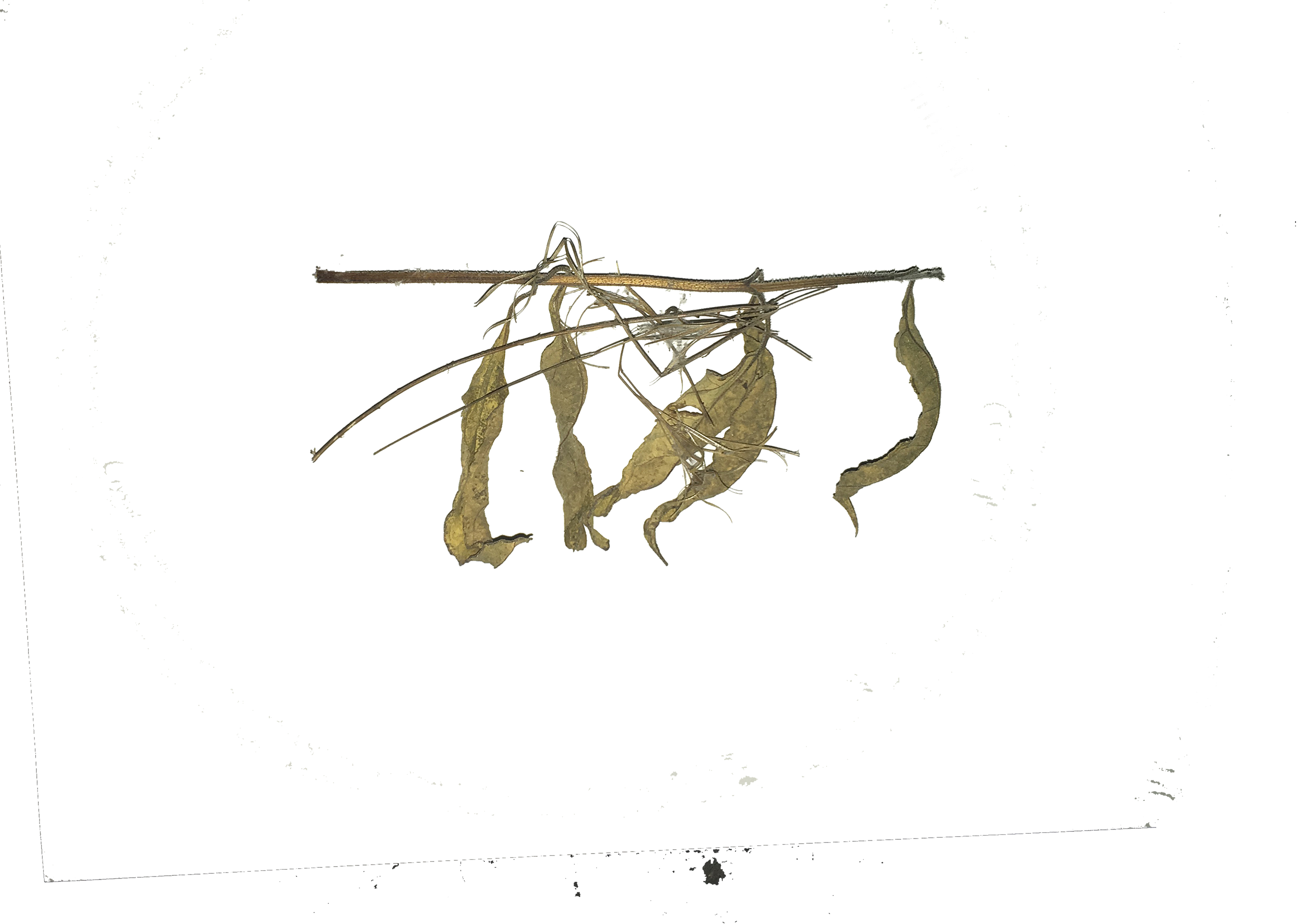 TO KEEP IN MIND AGAIN–– In biology, radiation refers to divergence from a central point, specifically the evolution from an ancestral animal or plant into a variety of new forms.

Before we give in to this moment of devastation we should return to the story of the humble weeds in Germany. Through a natural photosynthesis process, the plants both grow and become more toxic simultaneously as chemicals accumulate within them. But in an act of quiet rebellion, they are also (on their own volition! ) cleansing the soil. Alongside fungi, bacteria, and insects, these organisms are purifying the soil of depleted landscapes by amassing rare earths and minerals, beginning a protracted but tender process of regeneration.

THE AWNING (OR, EVEN IF WE GIVE UP, THEY WILL REFUSE)–– We begin to conceive of a timeline outside of ourselves, a secret parallel universe that is working little by little to transform the tragedy we had wrought across these lands. Weaving through the beams of the space are bolts of raw silk dyed with soils and organic inks harvested from the polluted lands of the former uranium mining territories. Depicted in the fabric are the abstracted gills of wild mushrooms. There is much to learn from the wild mushroom and its resilient strategies for survival. Unable to grow in captivity, it thrives in precarious, fractured ecosystems and establishes symbiotic camaraderies with plants, trees, microbes, and humans to endure. It salvages what has been lost.

Through the mushroom we see that underneath this gauzy, uneven stretch of time lies both promise and ruin. And it is here, from the wreckages of violence, imperialism, and ecological disaster, that we can (we must) carve out alternate forms of existence, including ones that are quiet, vulnerable, and unspectacular. Even slow 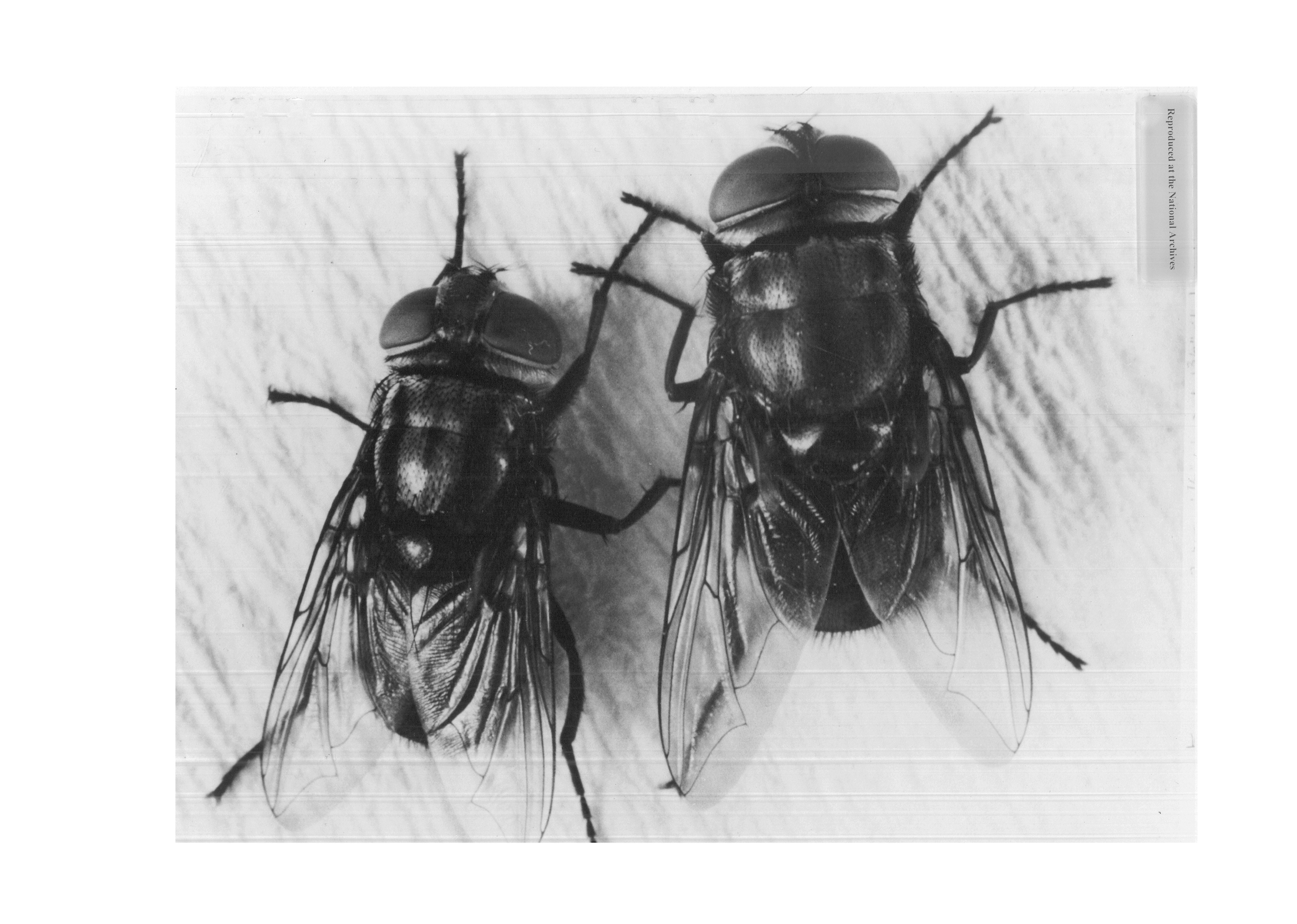 AFTER ALL –– A terrible life is still a life.

(1) Rob Nixon, Slow Violence and the Environmentalism of the Poor, (Cambridge: Harvard University Press, 2013). Based on Nixon’s research, Susanne
Kriemann conceptualized the seminar “Slow Violence” in 2017, in which she and her students at HfG Karlsruhe University of Arts and Design investigated long-time exposures through environmental pollution from a photographical point of view.
(2) Kriemann undertook field research with specialist geologists and biologists from the Friedrich Schiller University of Jena, who are studying the accretion of heavy metals in plants during the re-naturalization processes in this area. Kriemann identified that the three weeds contained substantial traces of lanthanum, gadolinium, germanium, uranium, mercury, lead, nickel, zinc, aluminium, and copper, among many other metals. In an alarming coincidence, these same metals are also essential raw materials in the manufacture of smartphones.

Susanne Kriemann (b. 1972, Erlangen, Germany) lives and works in Berlin and Karlsruhe. After completing her studies at the State Academy of Fine Arts in Stuttgart in 1997 (where she studied under Joan Jonas and Joseph Kosuth), Kriemann enrolled in the Programme de recherche at the École nationale supérieure des beaux-arts in Paris in 2000. She has exhibited her work internationally in Basel, Toronto, Shanghai, Vienna, Vancouver, Paris, and Rotterdam, and since 1998 has produced sixteen artist books as multiples. She has participated in numerous artist residency programs, including in Moscow, Stockholm, Cairo, and Vienna. Together with Aleksander Komarov, she is one of the co-founders of the artist-run initiative AIR Berlin Alexanderplatz. Kriemann is currently a professor at the Karlsruhe University of Arts and Design.

Curated by Kim Nguyen and organized by Leila Grothe. The exhibition is made possible thanks to the generous support of Lorna Meyer Calas & Dennis Calas and the Institut für Auslandsbeziehungen. Special thanks to Isabelle Busch, Ryan Peter, Mika Schwarz, California Academy of Sciences, Beat Raeber, Zurich, and Wilfried Lentz, Rotterdam.