On Sam Lewitt: More Heat Than Light
by Anthony Huberman
To make fire, you need friction — our ancestors discovered that long ago. More recently, thermodynamics has taught us that the hotter something gets, the more erratically it behaves and the more unreliable it becomes. To guarantee the stability of any system, therefore, means to follow one basic formula: minimize friction and maximize flow.

The same can be said of information itself. Contemporary capitalism rewards those who quickly adapt to any new obstacle, so what matters is to stay fluid and to stay flexible. To do that, the many types of machines that populate our vast infrastructure of computer networks and communication systems need to stay cool. The enemy, for all of them, is not a skilled hacker or a crafty virus — it’s heat.

Sam Lewitt sides with the enemy. His work adds weight and materiality to systems that would otherwise prefer to run smoothly and invisibly. This exhibition generates heat — it maximizes friction and minimizes flow.

On the surface, the world looks like it’s getting thinner. Look at Uber: It doesn’t own a single car but still drives millions of people around every day. What used to require entire buildings now fits on a flat circuit board in your shirt pocket, and people aren’t buying objects but buying subscriptions to services — “it’s more flexible that way.” Everything you need to handle your banking, traveling, exercising, entertaining, communicating, translating, and cooking seems to weigh however much your smart phone weighs — but in fact involves a matrix of energy standards, physical installations, thermal regulation, and thousands of acres of heavily guarded server farms.

Lewitt’s work turns fluidity into something a bit more viscous, sticky, corroded, and harder to run through the pipes. He muddies the waters of smooth circuitry in order to make visible that which lubricates it. By now, you’ll have noticed that the gallery is a bit darker than it should be and perhaps a bit warmer than it should be.

The artist has redirected the building’s energy use from light to heat. On the ground are flexible heating circuits Lewitt has had fabricated, which are much larger versions of Kapton/copper composite heaters that are used to maintain and regulate highly targeted temperatures inside communication devices and flexible enough to be installed around irregular shapes and contours. The objects draw their power from long cords coming down from the gallery’s lighting track. The electricity usually used by light bulbs now runs into the sculptures and along the lines etched into their surfaces, generating heat.

Every morning we come in and turn on the lights, but all we get is heat.

In reality, nothing about the building has been changed: it circulates and consumes electricity the same way it always has. Lewitt understands that he cannot work against his site nor can he break free from it. He has therefore not altered or broken anything within its structure. The conditions encoded into its materials and capacities are left as they are. He has only added a physical detour to its circuitry, and instead of lighting the gallery, the electricity heats it. In fact, he’s made lighting it impossible, since he designed the heaters to use up the entire capacity of our electrical circuits.

Being an exhibition space, this change is a significant one, since we rely on light to make visible what we put on display. Our very function as an art space (and any cultural capital that comes from it) depends on this simple, physical, technological, and economic act.

Lewitt makes that function more difficult for us to perform, which paradoxically makes it easier for us (and our visitors) to recognize. By integrating heating circuits into the building’s existing and available mechanisms, he has made our own physical and ideological standards of operation more sensible. He has made the abstraction of infrastructure warm to the touch.

As hyper-efficient thermal regulators, these heaters should be able to adapt to any obstacle. So Lewitt puts the resilience of the objects’ properties to the test by presenting the heaters with a different set of conditions: the circuits must now replace something they weren’t meant to replace (lights) and must heat up an area that is larger than they were meant to heat (an open-air exhibition space instead of a vacuum- sealed portable enclosure).

The results of the stress test? Well, with so many variables crowding the channels, even these ultra- thin flexible circuits just aren’t flexible enough. They do what they can, but there is simply too much empty space around them, too many people walking by, and too much sunlight coming in. The electronic readers attached to each object reveal their internal instabilities and tell a story of precision and calculation contending with inefficiency and waste. In the end, the heaters are left functional but without a function.

“It is a contradiction of capital that it hates waste, yet produces an unprecedented amount of it.” (Lewitt) 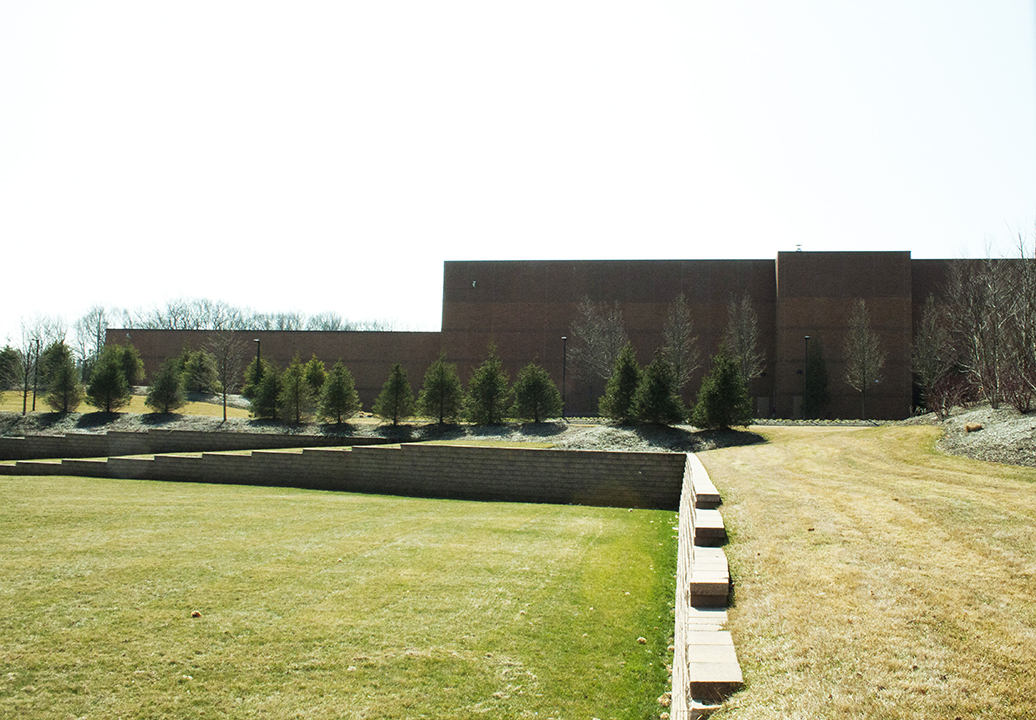 It might be capitalism’s utopian ambition that it perfects a state of lossless homeostasis — like a thermostat. It might also be its real function to engineer crises and disruptions within its own mechanisms to ensure that its basic organizing principles remain stable. In either case, a world of self-regulating systems that are fully self- correcting and endlessly productive will only ever be a dream. Entropy will inevitably set in, steady states will slip, and energy will be wasted.

Although we live in a time when businesses advertise how well they manage logistics more than how well they handle machinery, and when power isn’t about muscle but about access to information and control over how it moves around, it’s also true that any infrastructure requires not just mobility but also stability — we need a bit of the former to stay relevant and a bit of the latter to stay reliable. We need fluid management but also a committed workforce. We need responsive software but also solid hardware. We need dynamic subjectivities but also stable materials. Friction is produced in the in-between.

In this exhibition, the material components of the distribution channels themselves are captured by the thickening of their graphic and plastic characteristics. The etched lines on the copper wall pieces were generated by an optimization algorithm that measured the most efficient path for lines to be traced around a series of words — phrases lifted from that very utopia of perfect balance and self-regulation: belong anywhere, flexible control, get connected, custom profiling. Some of the heaters are draped over old car engines in yet another confrontation between (and misuse of) thermodynamic machines.

A thermal camera records everything and provides visual documentation of the exhibition at wattis.org. It tracks and renders heat information rather than light (as would be the case for photography or video). In its online version (which for many will be the only version), this exhibition makes visible only its heat: it looks like a series of bright abstract shapes with faint body- like forms occasionally moving around them.

Let’s see what happens next. As a further test to their flexibility, the heaters will travel from the Wattis Institute in San Francisco to a rented apartment in New York and finally to the Kunsthalle Basel in Switzerland. The objects will therefore navigate a range of parameters, each with its own electrical, physical, ideological, and socio-political characteristics: a college-affiliated American art institution (running on 120V), a private residence (open only by appointment), and a European kunsthalle (running on 220V).

Any student of art history will want to evoke an installation that seems related: Michael Asher’s 1992 intervention at Kunsthalle Bern, where the artist dramatically altered the space by moving every heater in the building to the foyer. Unlike Asher’s, however, Lewitt’s project isn’t “site-specific” because it isn’t shaped by its sites, but plugs into and determines them — it intervenes at the level of logistics.

What’s at stake for Lewitt is to understand what art can do within a logic that demands continual adaptation — art in the age of turbocapitalism. His installation makes a few things clear: artworks can’t stop it, they can’t exist outside of it, and they certainly can’t cause it to come crashing down. However, they can insert themselves within its gears and make it less efficient. They can cross wires, add detours, choke engines, steer its energy toward inappropriate ends, and demand that it work against itself. Art can create a logistics that runs against logistics.

Sam Lewitt (b. 1981, Los Angeles) lives and works in New York. His work has been included in many significant exhibitions in recent years, such as nature after nature at the Fridericianum in Kassel, Germany (2014), and the 2012 Whitney Biennial. With Richard Birkett, he curated the exhibitionand Materials and Money and Crisis at MUMOK in Vienna (2013). He has also presented several solo shows at Miguel Abreu Gallery in New York (2014, 2011, 2008, 2006) and Galerie Buchholz in Berlin and Cologne (2013, 2011, 2008). Lewitt received a BFA from the School of Visual Arts and attended the Whitney Independent Study Program in New York.

Sam Lewitt: More Heat Than Light is on view at CCAWattis Institute for Contemporary Arts, in San Francisco, from September 10 to November 21, 2015. It is curated by Anthony Huberman and is co-organized with Kunsthalle Basel.