On Josephine Pryde: lapses in Thinking By the person i Am
by Jamie Stevens
A train track takes a particular route through the main gallery of the Wattis. The model freight train that it carries is defaced with graffiti and allows visitors to ride past a series of photographs on the walls that enclose its path. Moving amid these elements, in a manner both fluid and awkward, are various transmissions of text and image.

The exhibition’s title sounds like a statement, but its voice is ambiguous and addresses an unknown subject. The title is laid out on the gallery wall in a graphic style alien to its surrounding context, the words rendered as image, much like the spray-painted “tags” that adorn the train. Photographs of hands seem to wave on the train, in communication with one another as well as with the objects that they touch.

The photographs in this exhibition depict hands touching and in contact with various materials: a chest, a phone, a touch-sensitive lamp base, an iPad.

When considered together, these images seem to propose a language of the body defined only by palms and fingers. Using a macro lens, Pryde documents the haptic moment between a human body and the objects with which it seeks to engage. The heads of the bodies are always out of frame, and perhaps this speaks to the present moment, a time in which our hands do at least some of the thinking for us.

These images act as a potential record of how hands are being used today and become a close analysis of a new body semiotics that have arrived with “smart” technologies.

Micro-gestures that extend the human body into limitless access to virtual content are shot in close-up angles, the hands scaled much larger than life-size.

Can what we call virtual content also reach back into the parts of our lives we might otherwise consider non-virtual?

Pryde’s most recent works in this series depict Christmas presents that two of her dealers had sent her the preceding two years.

Each gift from both galleries was almost identical from one year to the next, and all four presents have comparable traits and functions.

The gifts are shot in the same way as the props in the other photographs and also are placed in contact with hands.

These images make an association between the material device of each gift and the nature of the gift as a device itself, insofar as they can acknowledge a site of exchange traversed by real attachments.

At the center of Pryde’s exhibition is a fully functioning ride-on model train that can slowly carry passengers—at about 2 miles per hour—along a point-to-point track.

The train, a freight locomotive and two boxcars, is painted in the Union Pacific livery and covered in the patina of miniaturized graffiti.

The presence of a freight train could indicate a classic image of the American artist-journeyman, traveling broke and on her own timeline, or could point to some of the most iconic cultural imagery of the past century in the United States, whether it be the destitute hobo hitching a free ride or the aggressive expansion of industrialization across the country.

Anyone is welcome to ride the train. Please ask at the front desk.

Pryde often approaches her exhibitions with allegorical, even quasi-narrative, installations and exaggerates the spatial and perceptual relations between artwork, institution, and audience.

In museums and cultural centers, the mediation of art to the public is becoming increasingly contingent upon ideas of “interactivity” and “fun,” two concepts that are accommodated here with a certain sense of bathos.

The train is modeled after a real locomotive, but its scale and restricted route cannot convey or reproduce a full-size experience.

Viewers are offered the chance to daydream a little as they travel the short distance past the photographs that hang on the gallery walls.

This train, like many freight trains around the world, is “bombed” with graffiti, a visual language that has historically been one of resistance to the sanitization and privatization of urban space but that is now a favored aesthetic of urban planners and corporate executives alike.

There remains, however, an insistence that particular freedoms can be won through the act of writing, especially on trains, which distribute those self-determined actions along the routes of their timetabled paths.

Is the “I” in the exhibition title to be understood as the clear-minded summit of self-expression? Or is that “I” a self-policing ideal of social acceptance that obstructs creative thought? Or can that “I” just be stumbling around, thinking, in a state of awareness that is joyously and necessarily incomplete and dim?

All of us, including artists, are required to represent ourselves, both in the arena of our personal lives and in the various interpersonal networks that constitute our professional careers. But artists are perhaps especially subject to the consequences of their formal, social, and commercial decisions and are required to be in perpetual dialogue with exterior perceptions of their name, one that banners both their personhood and their artwork. 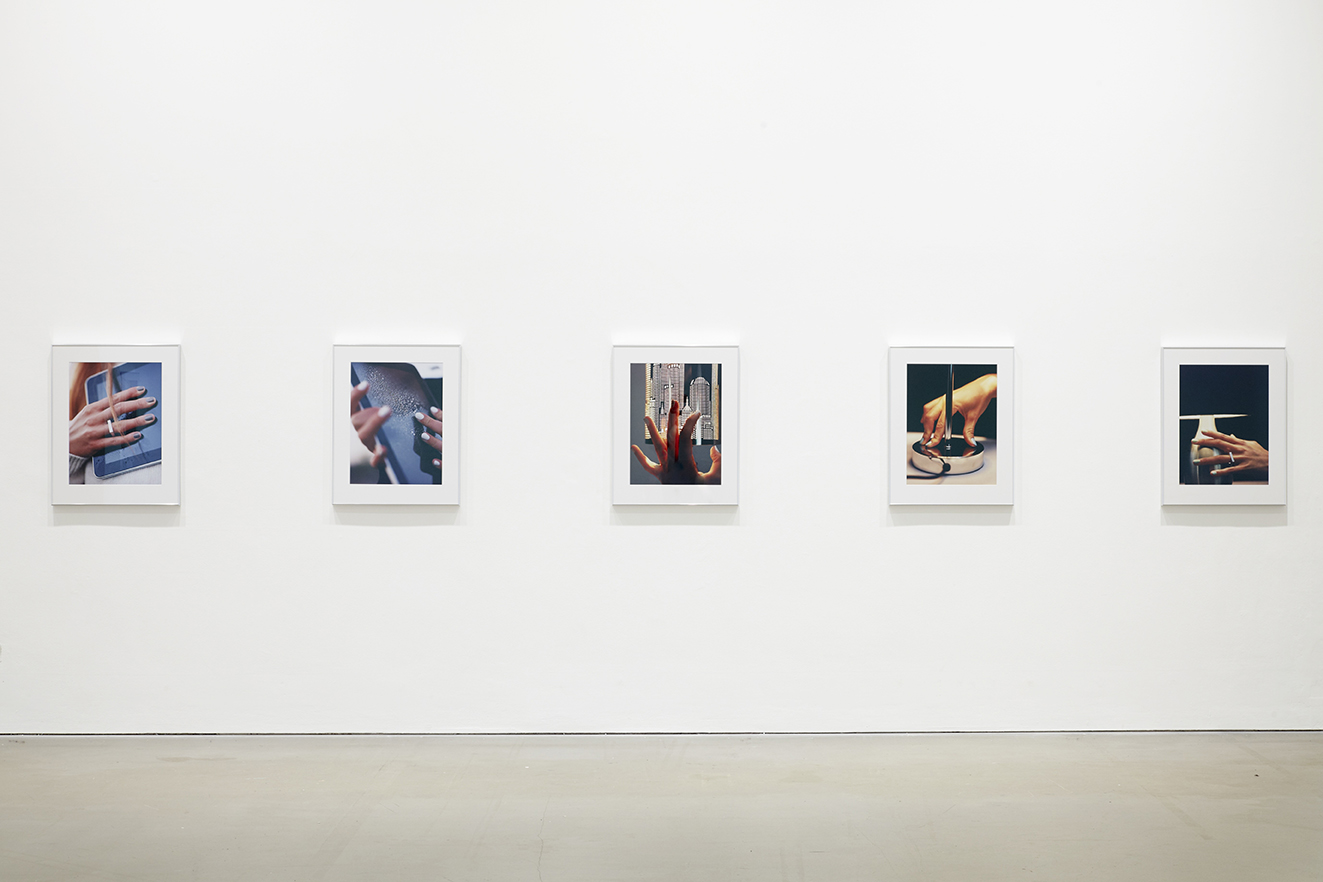 Josephine Pryde is an artist whose work has long sought to find a common treatment of photography’s two dominant historical uses: scientific analysis and artistic endeavor.

Perhaps the key distinguishing factor between images of science and art is the position and prominence of a photograph’s author. A preconceived idea of an artist being in control of the photographic process allows lens-based imagery to seem deliberate and steered in how it delivers meaning for an awaiting public.

Without the artist, photographs can distribute different kinds of meaning: evidential and fact-making, these process-driven images are executed without the cloudy compromise of a maker’s subjectivity. Such binaries are, in reality, a bankrupt expression of how photographs undergo technical, stylistic, and political developments in their production.

Photography has, since its earliest iterations, produced various approaches for different causes, and these distinct approaches quickly plundered techniques from one another, whether in the fields of anthropology, medicine, or advertising.

Nevertheless, the context of an image and the definition of its experience as either one of culture or of information are often designated by the presence, or absence, of its artistic author.

Pryde’s work seems to insist repeatedly that the process of mapping and securing a site of cultural value—and its profound link to the artistic ego—is what divides and hierarchizes particular images and their publics.

Josephine Pryde (b. 1967, Alnwick, UK) lives and works in Berlin and London. This is her first solo exhibition in an institution in the United States, and travels to ICA Philadelphia in September 2015.