On Frances Scholz and Mark von Schlegell: Amboy
by the artists
Amboy / Fragments for a Screenplay

with help from
Chris Kraus and Leslie Allison 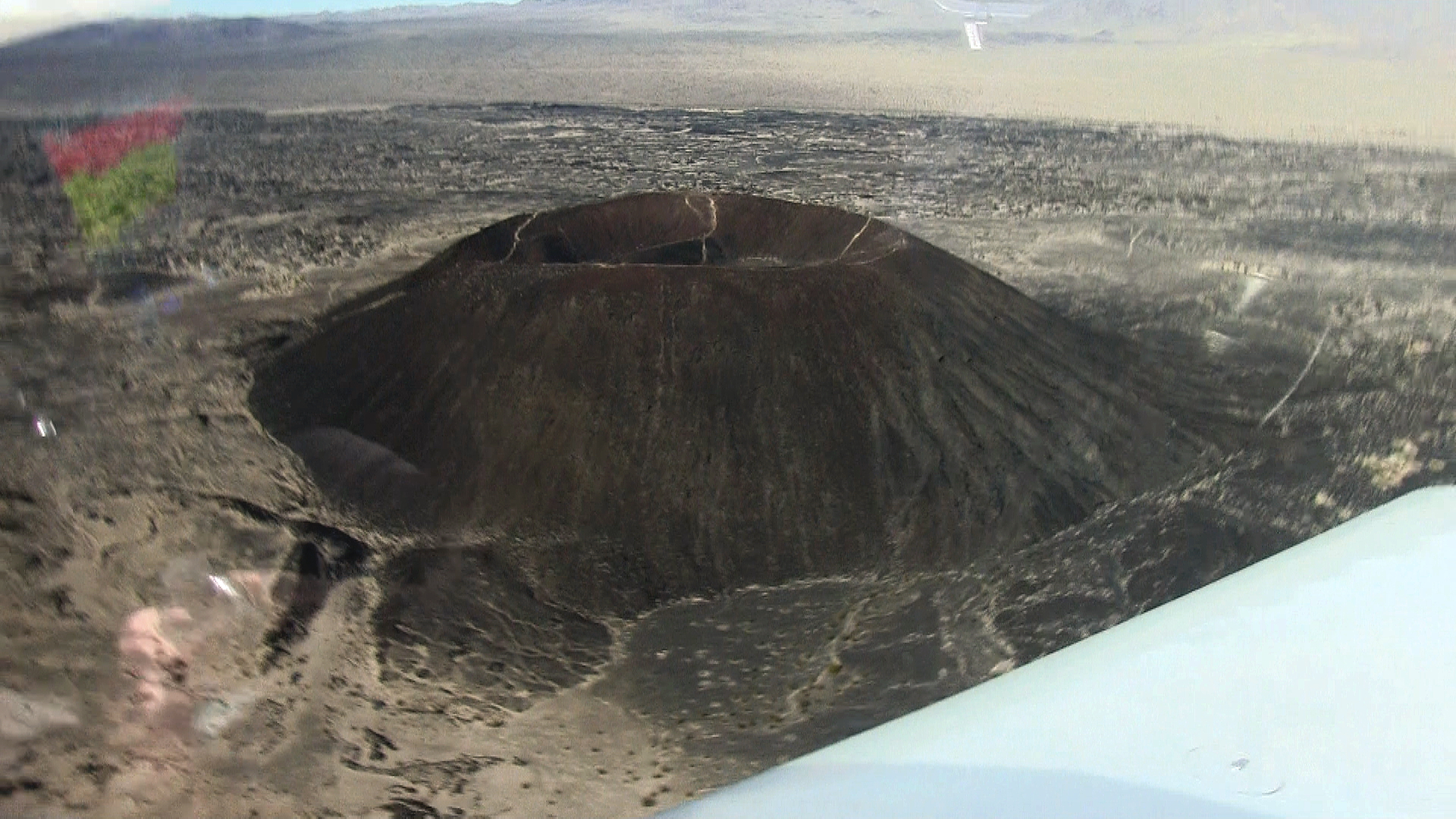 To what extent are gender norms policed by culture and the arts? Accessing the violence Judith Butler and others speak of at the core of the cultural enforcement of gender, the artist Karl Amboy has made an infamous career by spoofing and embodying the male-ist fanaticism of Western American culture. He’s gotten incredibly rich in the process. But the artist has retreated into silence long ago, into the creation of a perfectly real western horror movie town, Amboy, out in the desert. 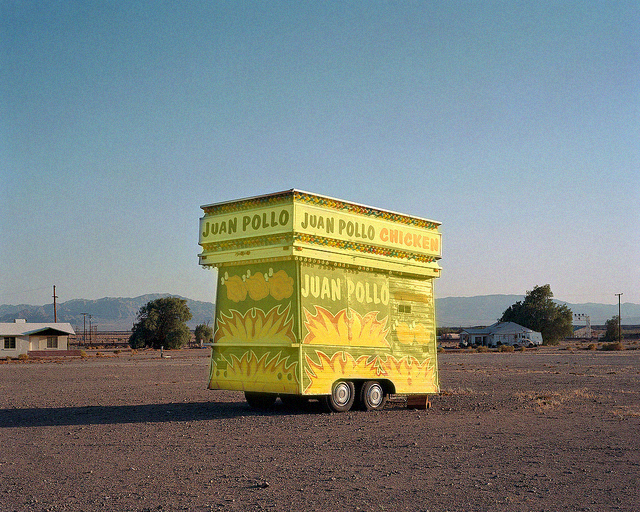 She’s heard of Amboy. At age 19 in the ’80s our filmmaker once published a short text in an art magazine where she herself had naively pointed to Amboy as a feminist.

She has not heard of the town. It’s an incredibly secreted place, famously without any law, a symbol of art’s removal from ordinary reality and laws. Was this the reason she was selected to make the film? As the film is being made, so it immediately seems, Susan glimpses a movie beyond the horror picture Amboy clearly intends her to make: where gender is itself a projection from outside onto the skin of the real and where the artist craves her/his transformation into a woman.

Meanwhile, back in Los Angeles, the serial killing of female artists has begun . . . .

Downtown Santa Monica, CA.
Susan is filming Lydia in a Bookstore, looking for copies of Slan. A stranger appears and buys the book out from under them.

Later, dinner with Mrs. van Vogt.
Discover: the stranger is the waiter. 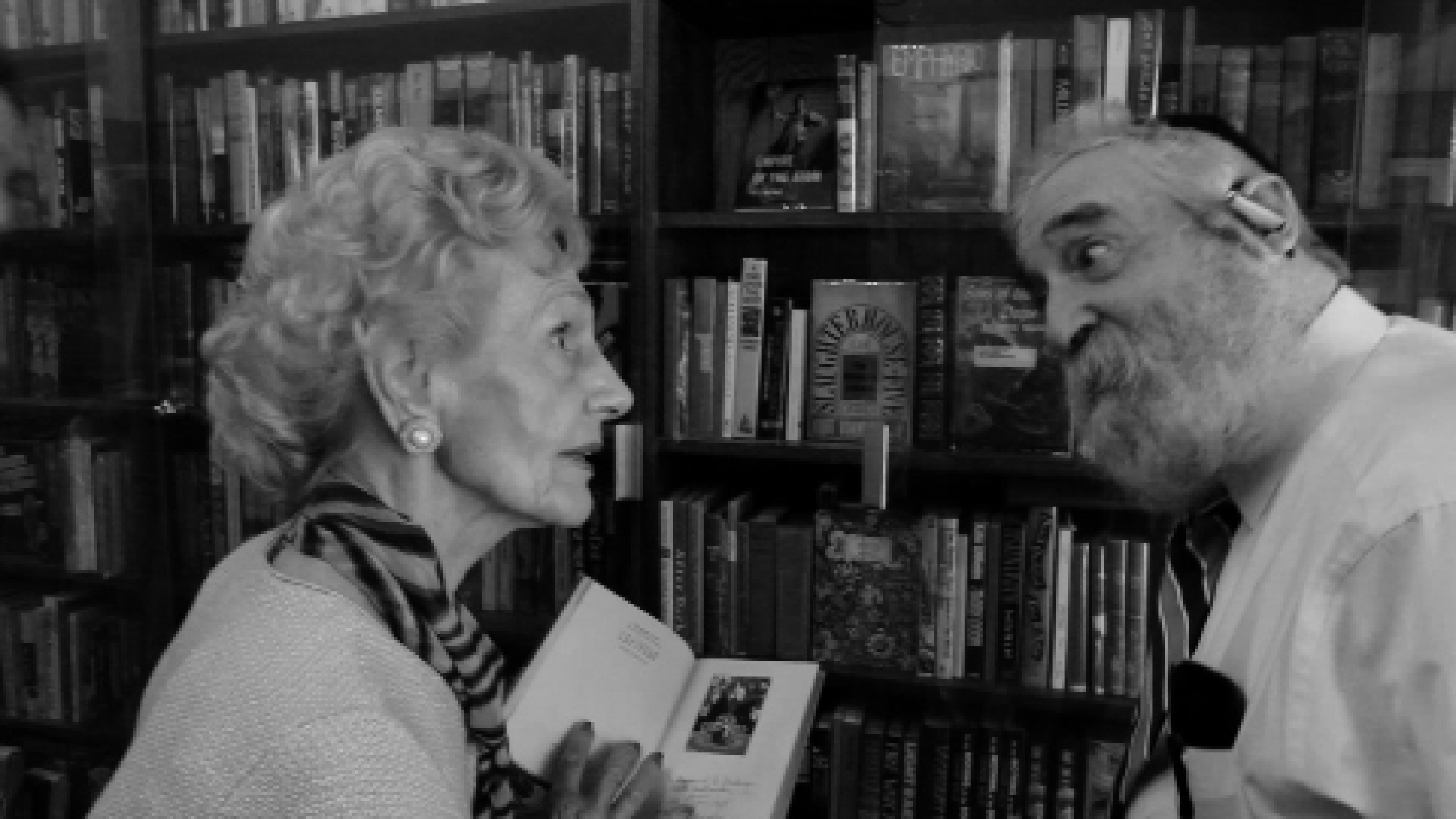 “There’s no such thing as a time machine...”

Ext. Los Angeles art gallery. Night
Susan stands among a group of artists and visitors to a gallery.

S.
What?? Oh yes. I plan on seeing that show tomorrow.

Juliet points something at the camera. Is that a knife??

Juliet (whispers)
Karl Amboy wants you to make a film.

Juliet
Hey—where’re you going? I was just—it’s—but you can’t say no!

Cut To:
Ext. Los Angeles street. Night.
S. is hurrying down the street, alone in the darkness. She hears footsteps behind her.

Cut To:
Ext. Los Angeles street. Night.
S. comes around a corner, running: a car almost hits her! But it’s

Cut To:
Ext. Los Angeles street. Night.
A Taxi. With a friendly Driver.

Driver
Anything I can help with, ma’am??

Ext. Los Angeles Museum of Contemporary Art.
Next day
Susan is entering the museum in the broad light of day. A Protester outside holds a sign: SURVEILLANCE ART IS STILL SURVEILLANCE!

Int. Los Angeles Museum of Contemporary Art.
S. walks through an empty gallery room. On the wall there is a small video screen. She approaches it.

Close-up on TV Screen
As we look, TV shows Juliet and a rich Collector in another room. Juliet is turning—wide-eyed and pointing. Collector is nodding furiously.

Cut to:
Cont. Int. Los Angeles Museum of Contemporary Art.
S. turns to her left and sees Juliet and the Collector on the far end of this room, approaching her rapidly. To her right a Museum Guard seems to block exit. Juliet greets S. with over-the-top intimacy.

Juliet
Sweetie! So great to see you! What a dream! I want you to meet Udo!

Udo
Yes yes I know who you are.

Juliet
She’s the one doing the Amboy film.

S.
Amboy film? I thought I—

Udo
Amboy? Again??? (he laughs) But do you think you’ll really go all the way with him? All the way to Amboy my dear—aren’t you afraid of the desert—

Close-Up on TV Screen
Juliet and Udo are laughing at S.

Hedi
As you know, we French adore van Vogt. We want to translate everything new. So we were translating NULL-A 3 and Noura noticed
irregularities.

Noura explains.
Not problems; differences. In how the earlier books were written, even improvements.

Hedi
I ask you point blank, Mrs. van Vogt. Did you
write NULL-A 3?

They all look at each other.

Hedi
Mrs. van Vogt. It’s only because I would like to discuss with you the possibility of a Null-A 4.

Lydia (beat)
I might have something in the garage.

Int. Los Angeles café. Afternoon.
S. is at a table with a laptop. Accessing information about Karl Amboy. Documentary Footage/Headlines/etc. information goes for sometime, demonstrating Amboy was a bad-boy ’80s art star whose decadent lifestyle was inseparable from his extravagant career. At some point everything became secretive. There’s something about an artificial volcano.

It is an invitation to a lecture by writer Chris Kraus and shows her face and the title: Amboy: American Artist, a lecture.

Dear Lydia,
This letter, witnessed and signed in the presence of Jeremy P. Koralski, notary public of Amboy, CA, April 23, 1953, testifies irrevocably to the following fact (as determined to be so by the undersigned members of the Los Angeles Society of Science and Fiction):

Alfred Elton van Vogt (your present husband) never owned a time machine. Nor will you. Ever.

Camera discovers: The letter was postmarked 1789.

Do you think of your work as a self-perpetuating machine?

Yeah, when it runs perfectly. My work has to have information to feed on. It doesn’t feed on itself. It doesn’t feed into some bathtub conception of art. I never sit in a bathtub and come up with ideas. 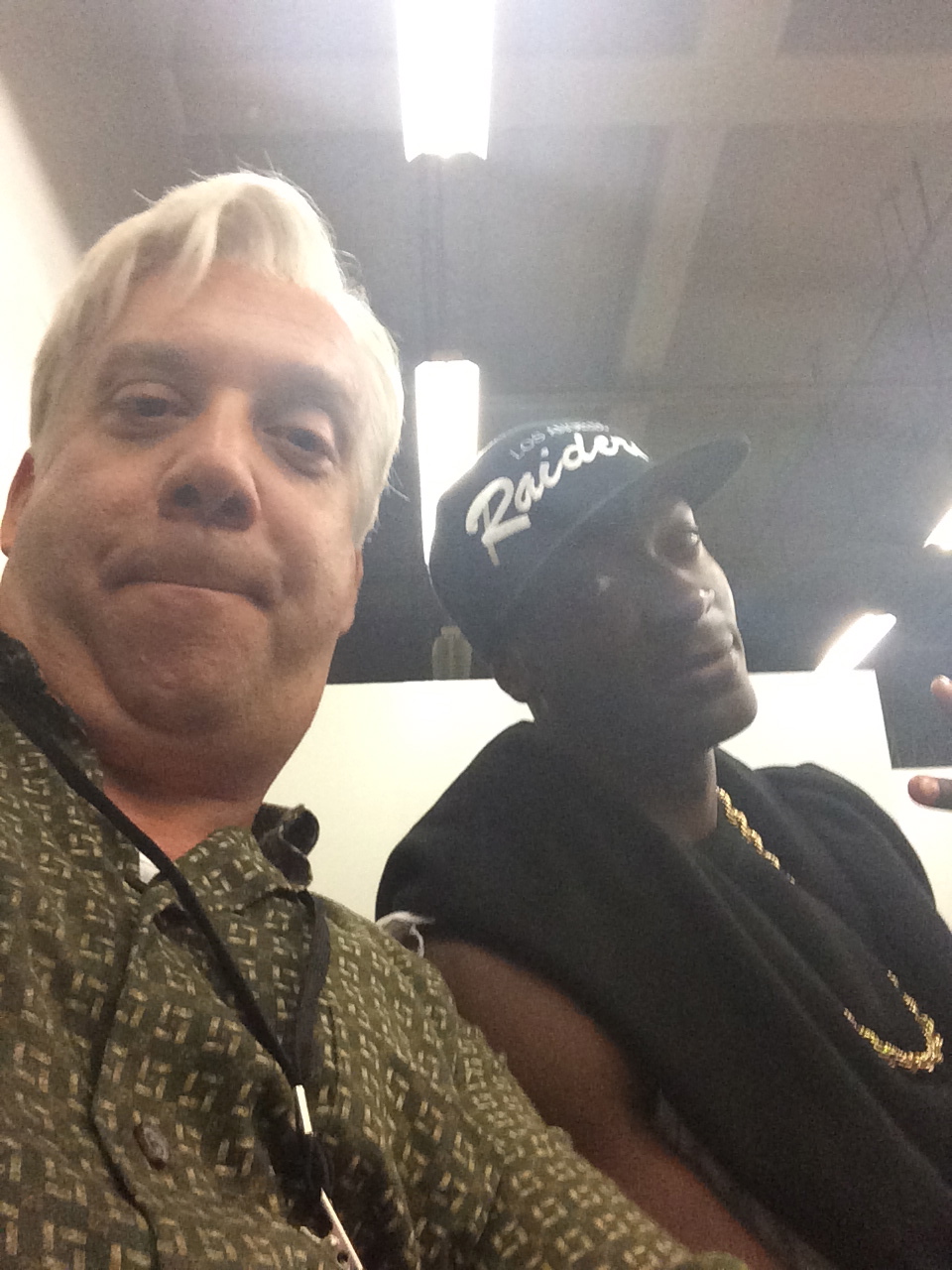 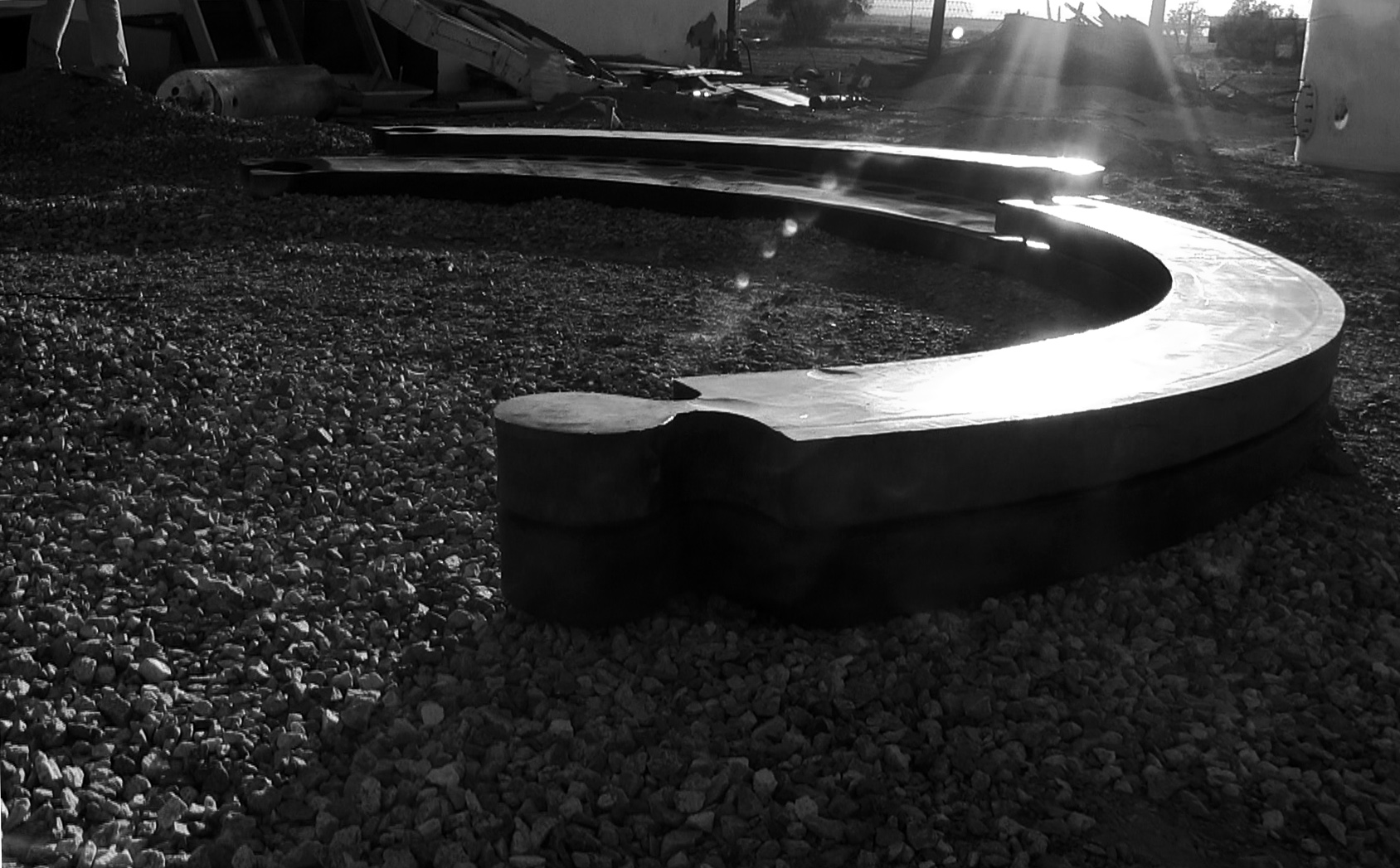 "I'd like to talk tonight about Amboy, American Artist..."

Int. Museum Lecture Hall.
People rising from their seats and beginning to chat, etc. Everyone’s moving (Udo is visible and other friends from the Opening).

Cont.
Close-Up on Juliet.
She’s looking for someone. Sees nothing. Stonefaced, she heads for exit. We follow. She is greeted etc. and ignores everyone, hurrying for the exit. As she exits S. grabs her and surprises her.

S.
I’ll do it. But if there’s a film it happens on my terms. 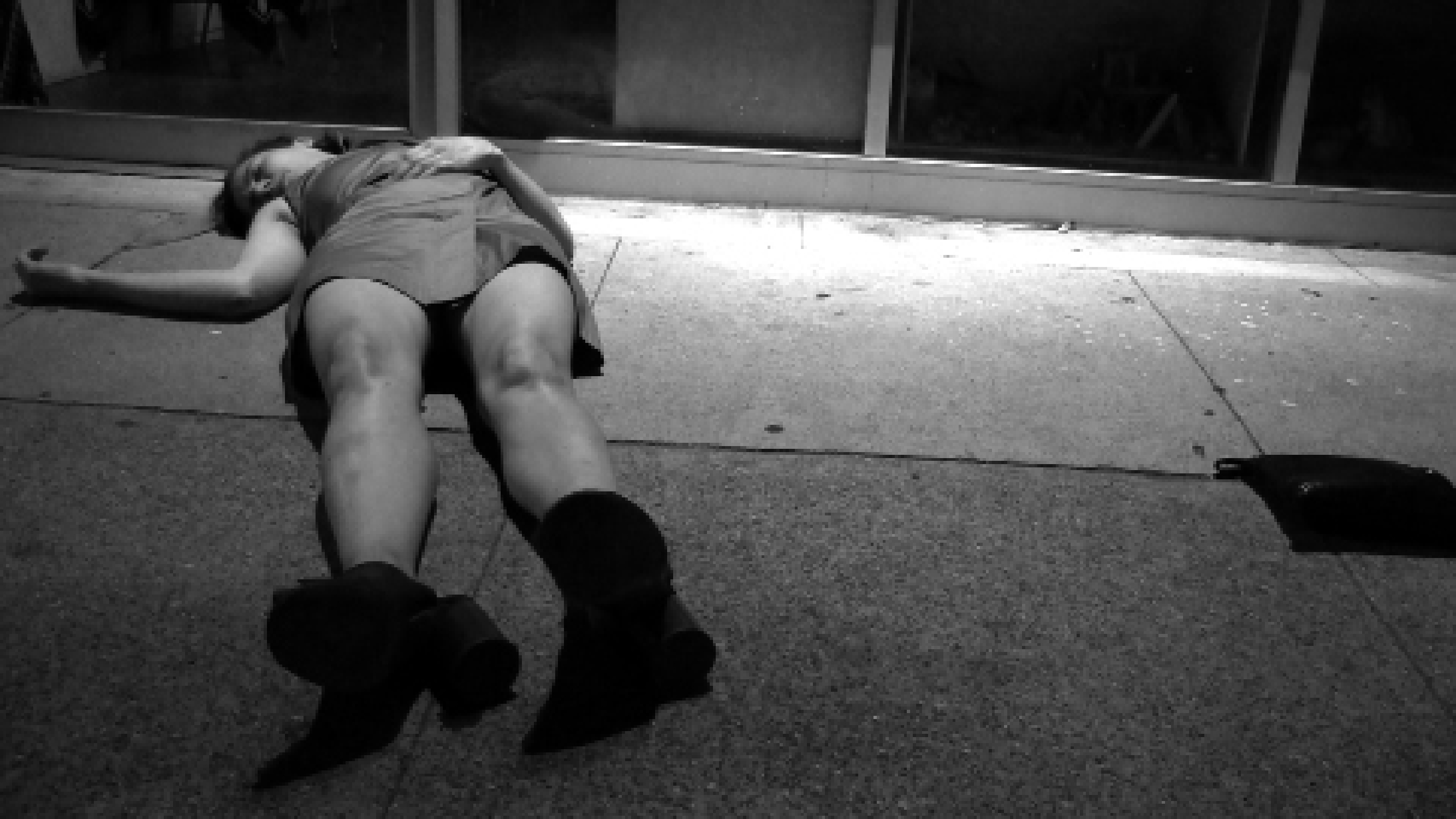 The woman artist must die..."

Scene
A party where all the groups are talking about Amboy.
We overhear:

A
Amboy is concrete poetry, quite literally.
B
Amboy is to curating what Pound is to literature.

G
Don’t buy into the Amboy persona.
H
Amboy had his own tuning.
I
Amboy reinvented the folk blues.

J
Why publish without Amboy?
K
Amboy is the of so-called neo- conceptual art.

Klein
So you wanna know the truth about Amboy? Well OK. But I don’t want to say it on camera—

Ext. Neighborhood
Susan and Assistant approach the door of what might be Amboy’s father’s house.

Int.
Father in boxers and t-shirt is reading poems of Francois Villon. After knock he’s running around and hides. There’s another knock.

Father (D. Devito)
What da fuck has she—

He goes up the peep-hole. Sees

Father ctd.
What the fuck?

He opens the door. She steps back. He sticks his head out.

Father
You’re calling me that for satirical purposes?

Susan
I am making a film about your son.

He looks at camera then. Steps forward in bathrobe.

Father ctd.
You ask for some little testament. To him of whom you ask, I leave—no, not my van. That big-city bastard—no better player ever lived. I leave him three straw trusses! To spread as his mattress on the ground ... For on it his living must be found— (he smiles) the only trade or skill he ever knew. That’s my item. Good day to you, too.

He slams the door.

Later
S. discovers a tape of father dressed in priest costume going through what appears to be a ritual.

Still Later
We discover Amboy’s father was an actor who did bit parts in Hollywood. 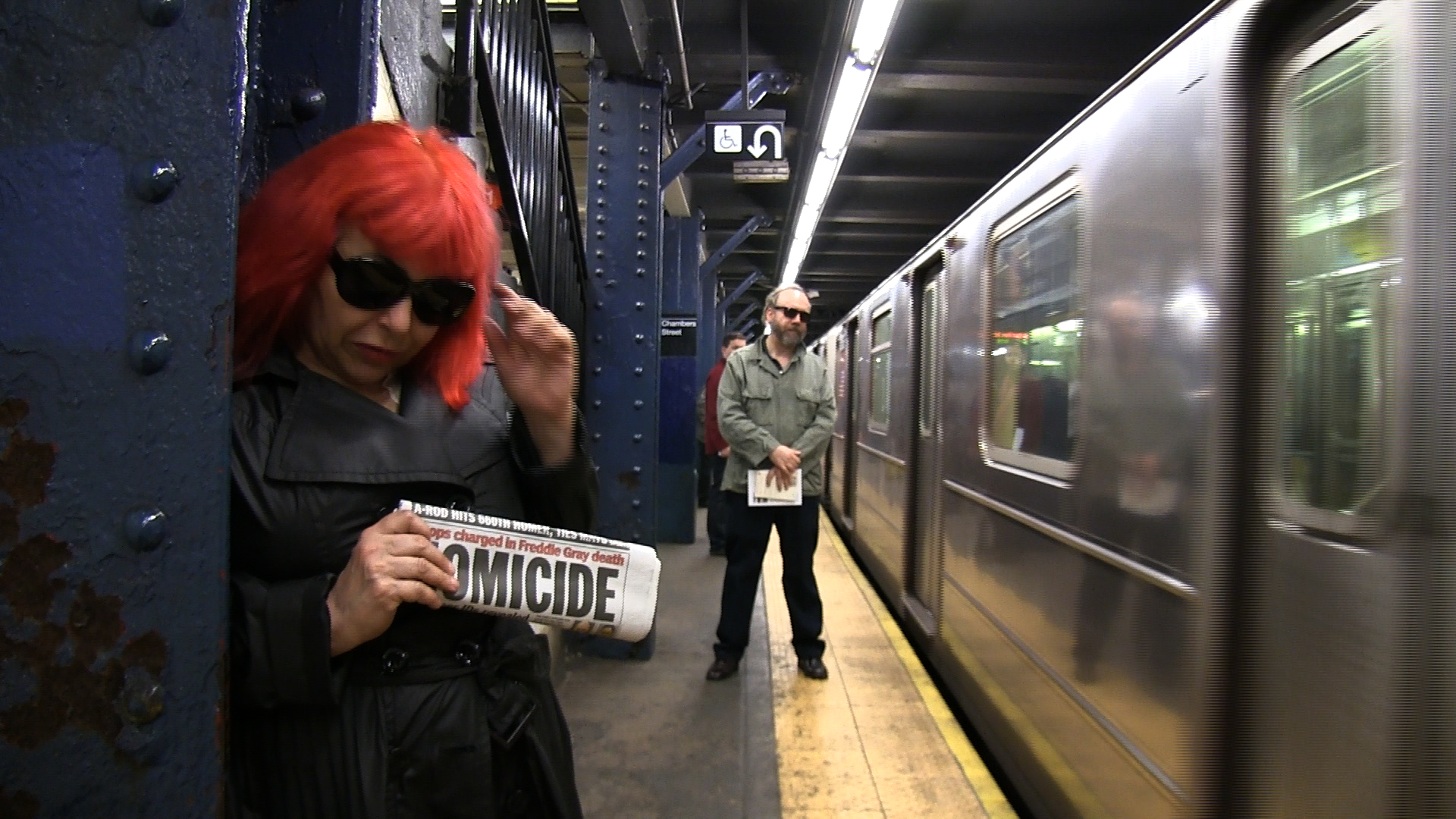 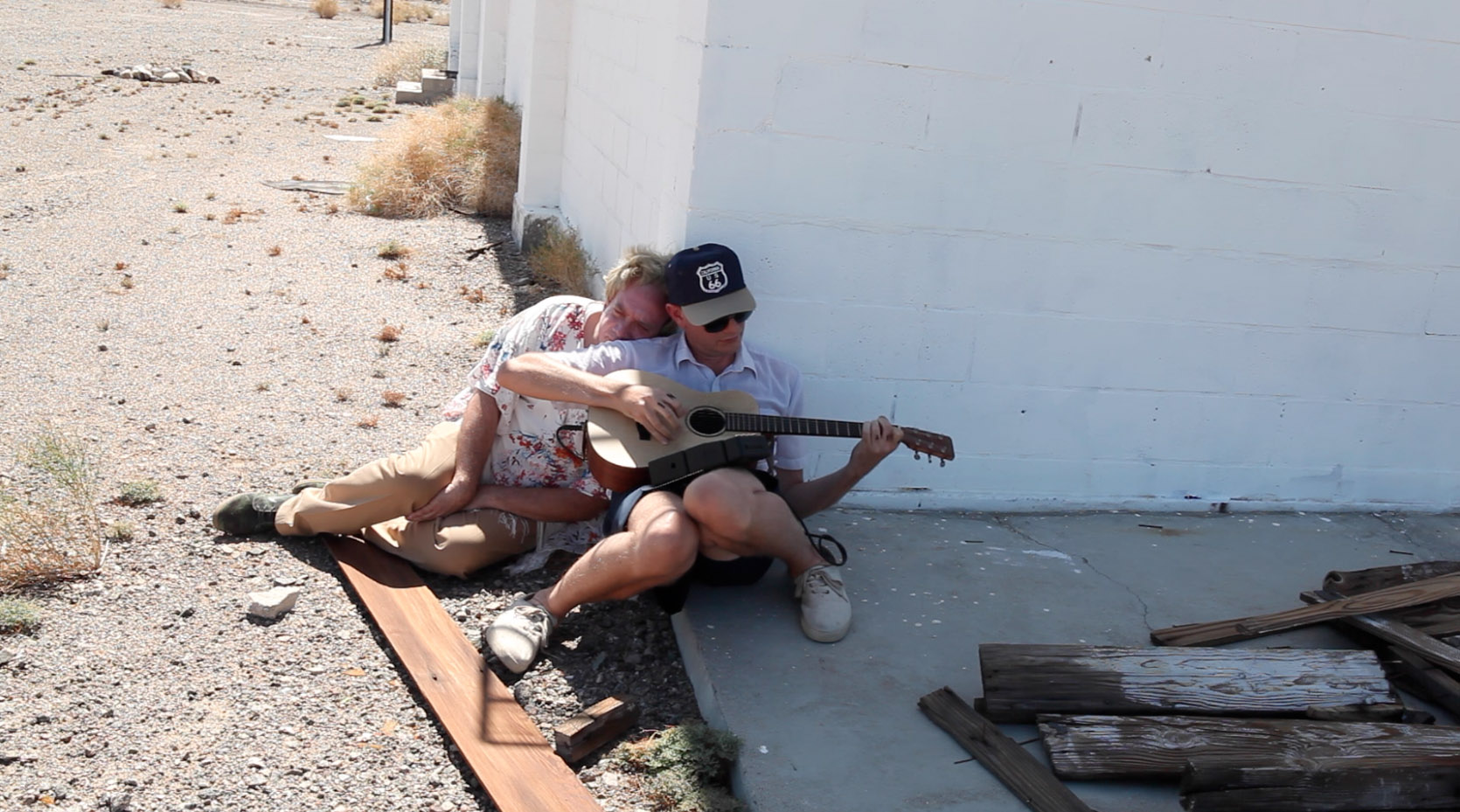 Uncle Charlie is a well-known western musician with head in the clouds. We come upon him playing a song in a canyon in the desert. Later we find him playing another song. In mid-song he stops and sees a poster across from him fixed into a tree. He reads the poster, tears it from the tree and keeps it. Starts walking. He’s walking with the guitar down the road feeling good. Sees another Stranger.

Uncle Charlie
Pardon me, are you Amboy by any chance?

Stranger
Amboy is not a personage. Amboy’s a whole town. (He points). That way.

EXT. Near Amboy.
A car is zooming through desert. From inside Sister and Nieces see Uncle Charlie walking in distance.

The car comes squealing to halt next to him on the road. The kids open the door for him, as Sister leans out.

He leans in the open window.

Sister
Are you crazy? You’ve got a show tonight in Hollywood!

Uncle Charlie
You said “Valley of the Shadow of Death.”

Sister
No. I said Museum of Contemporary Art.

Niece 1
She’s your manager too!

Sister
Get in already!

He gets in. They drive off.

The Woman Artist is dying, sees a vision.

Priest (giving a weird sermon)
Sanskrit, Aramaic, Hebrew, they lead to the same place. Each letter is in fact hand gestures. There is a real code.

He is moving his hands to make weird shadow animals.

Priest cont.
The only book that knows this is the Nible. . .

Priest cont.
The letter aleph is the hanged man reborn born again. Its number is the one of the eye and so Christ is the node, the maleficence, the booty.

S. dying, the Priest finally looks at her, acknowledging he is real, beyond death.

Priest
All right. I confess! she left you a message. She is a he. You belong to him. To Amboy for all time. Welcome to Hell. You’re home. 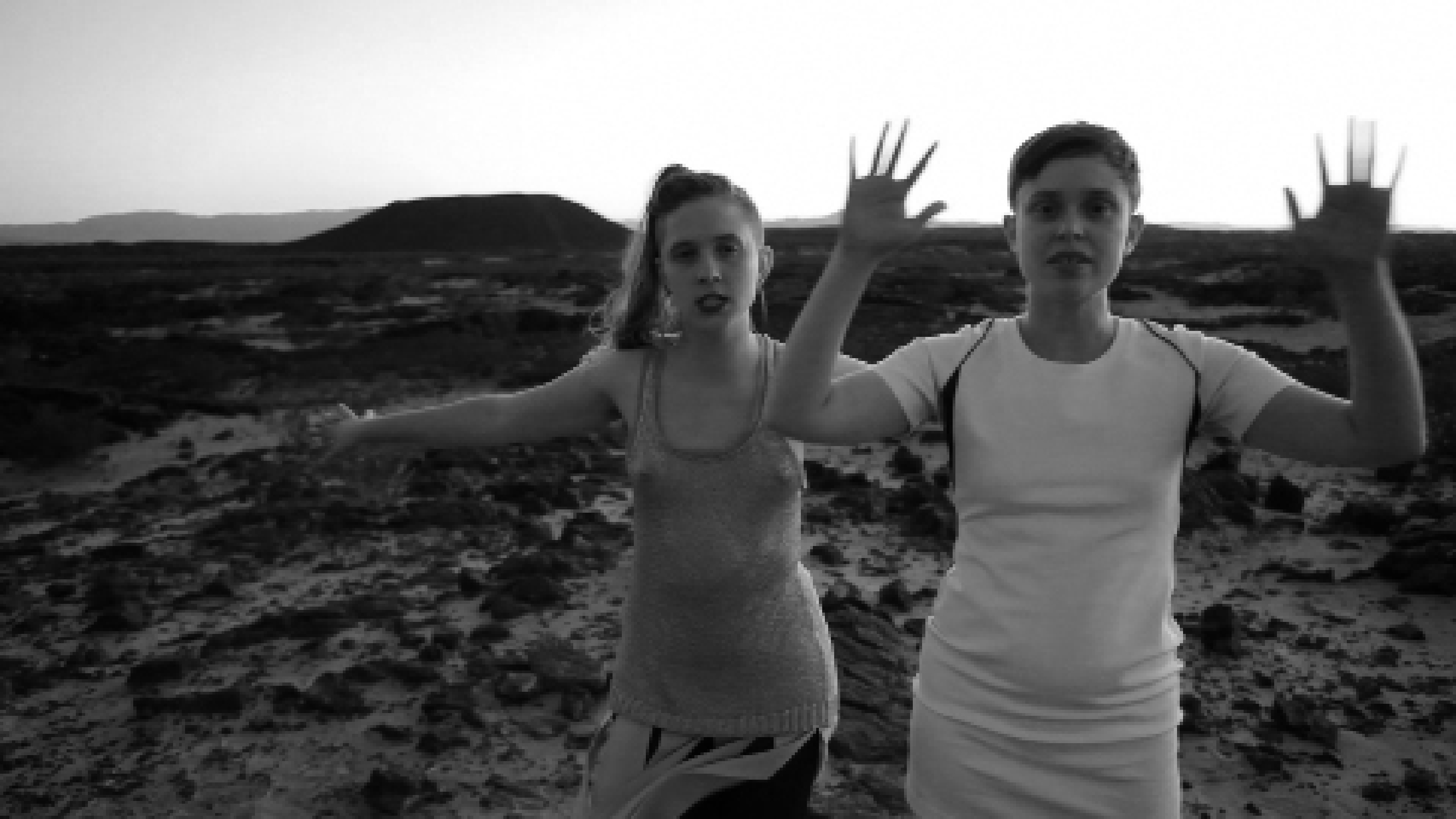 Thousands of years ago
When we wandered out of Alexandria we padded into the desert. And now we wander out of the desert into the dark. Lilting into darkness powered by pearls.

On being a pearl
Woolf says the shell-like covering which our souls have excreted to house themselves, to make for themselves a shape distinct from others, is broken and there is left of all these wrinkles and roughnesses a central pearl of perceptiveness, an enormous eye.

On death
You can’t be mortal if you’re dead. Woolf says why are the women artists dying? Death increases perception, in the same way darkness, moreover uncertainty and ambiguity, transforms you into a giant pearl, rounded in slippery non-binary gleaming.

On being a pearl
This lack of a side, of any anatomical determination, rolls time, that is to say the planet, forward.

Why the female artist must die
When we left Alexandria we found caves to fuck in and sought to establish a separatist matriarchal artist- run society but it was flawed by necessity of our being alive, and over time it crumbled. The hope is now in dying, thousands of years later.

On Death
Women are dying everywhere because men kill them. How do we escape the authoritarian control of the patriarchy over our bodies but to go for death. Joyfully.

Kill me
Am I getting too heavy with this lecture? Because I feel heavy. 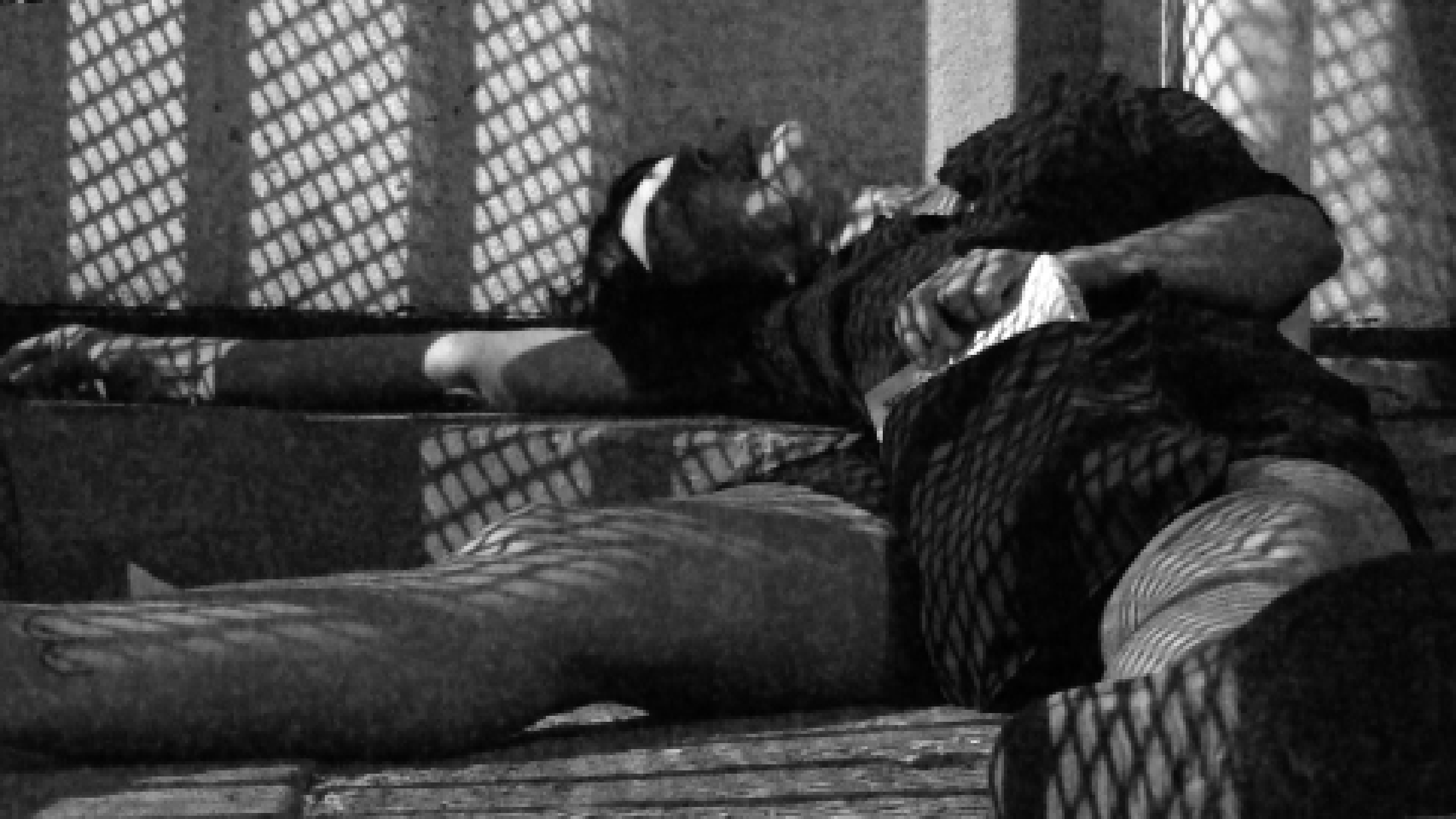 "I'll be your ghost. Forever."

with lectures by
Chris Kraus and Leslie Allison

Frances Scholz and Mark von Schlegell: Amboy is on view at CCAWattis Institute for Contemporary Arts, in San Francisco, from September 10 to November 21, 2015. It is curated by Jamie Stevens and organized with Leila Grothe. Special thanks to Tif Sigfrids, Los Angeles, and Kunststiftung NRW.